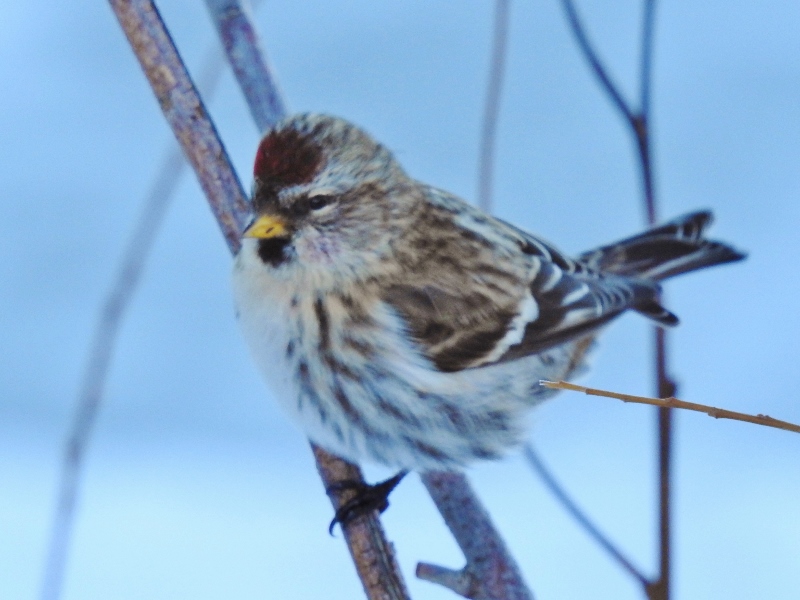 Friday was a bright & sunny morning with temperatures around the 0C mark.  I couldn’t let a day like this go by without getting out and taking some pictures and since I haven’t been to Oak Hammock Marsh for awhile, that is where I headed. 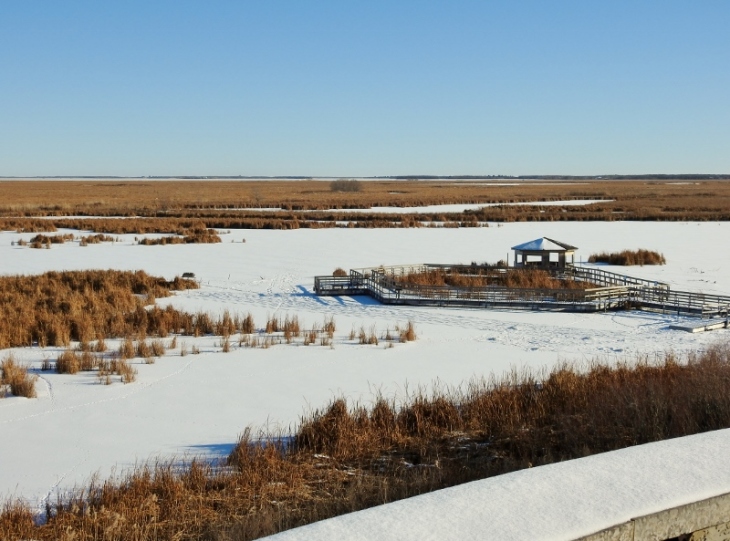 Then I went downstairs and outside to walk on the dock and into the bird hide that is in the 2nd photo above.  Critter prints are everywhere!

My plan was to walk on the shortest trail (.7 km), which is on a boardwalk over marshy ground, but when I got to the start of it, I saw there was a board across the path and it was blocked off.  I considered ducking under the board and going anyway, but it was obvious they had been working on the boardwalk, so I decided to turn back and take the 2nd shortest walk, which is just over 1 km. 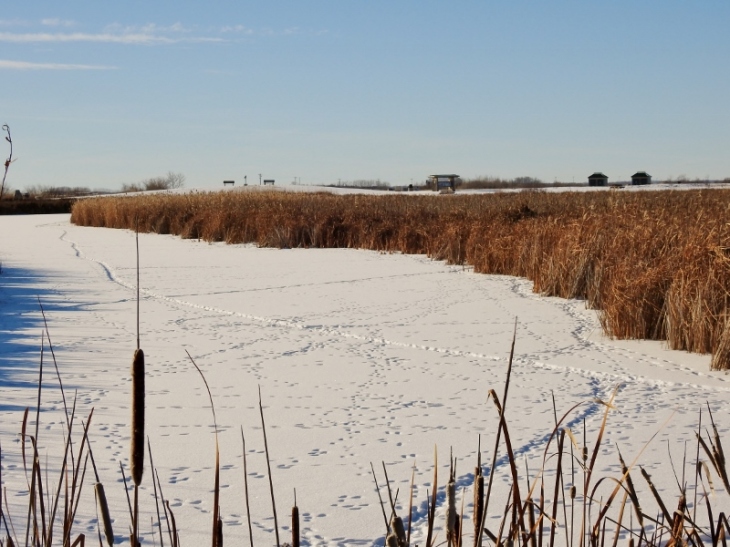 It was a harder walk than I anticipated, since I found out that they do not maintain the trails at all.  They are used more for snowshoeing during the winter than walking.  Due to it being so open there, the wind can cover a trail minutes after it was prepared for walking, so they don’t even attempt to maintain them over the winter.  Luckily for me, there wasn’t much snow, so it was walk-able anyway.

I didn’t take pictures of the path that I was walking on, but it was covered in critter prints also.  Unfortunately, I don’t know critter prints well, but I just checked and there is a very long list of mammals that can be found there.  Some of them surprise me, but Oak Hammock covers a very large area with different terrains so they are all possible.   I will list the possibilities here:

I obviously have to study up on critter tracks!

When I got back to the building and just before going inside, I saw a bird feeder and there were several Common Redpolls at and around it.  So, I finally managed some wildlife photos. 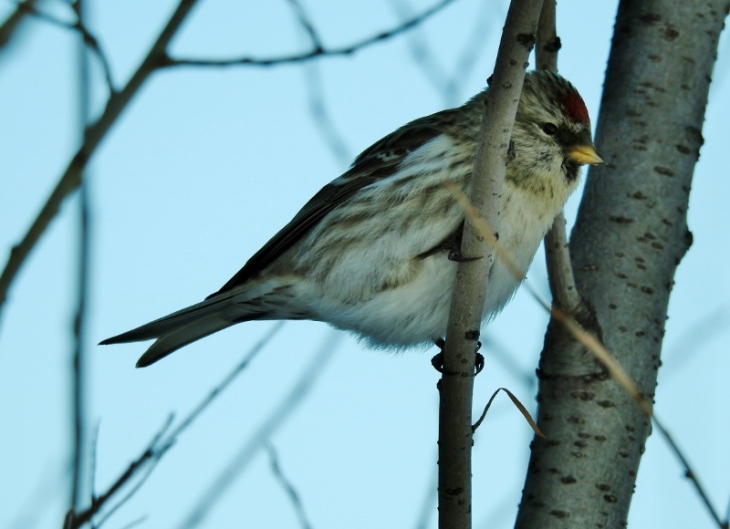 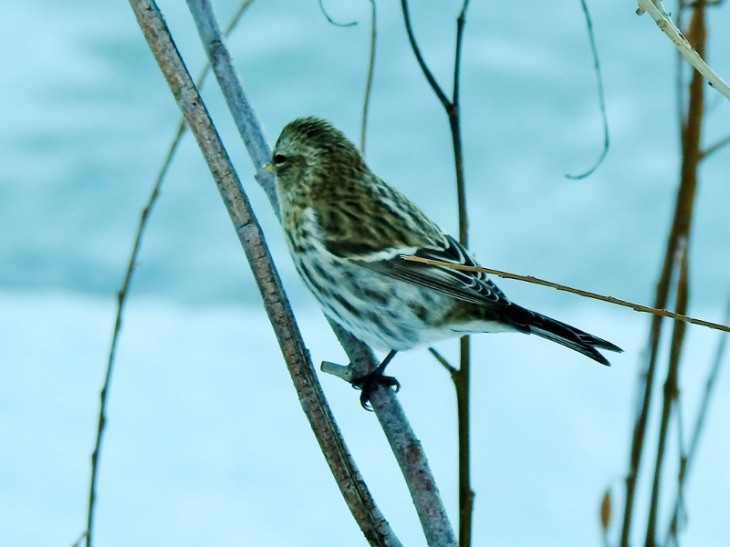 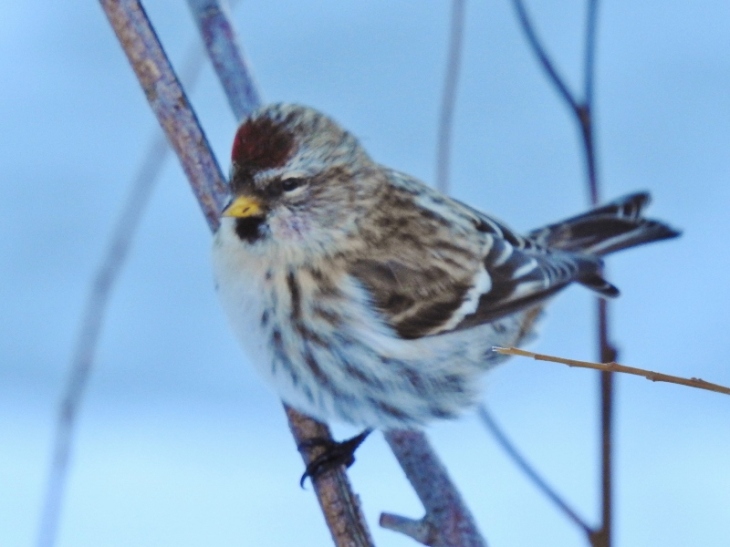 I had been hoping to find Snowy Owls while out there, but I didn’t see any at all.  It is difficult to see a white bird on the white fields, but I was looking carefully at every bump on the fields as well as checking anything raised, like the big round bales out in one of the fields.  It was a great day though and I felt wonderful after all the fresh air and sunshine.

Hi - I'm Mavis. I love to travel, I love to take pictures and I love to write about whatever comes into my head. View all posts by mavimet