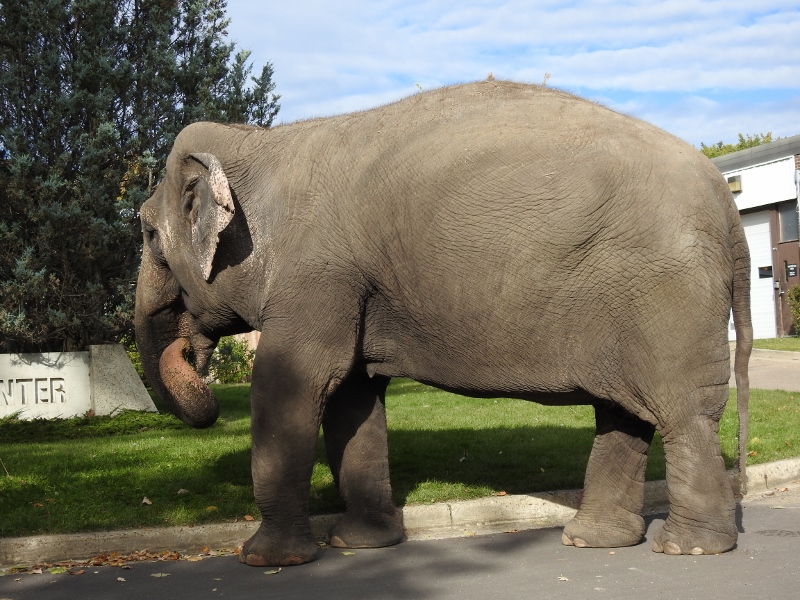 It didn’t take long to get to Edmonton and since it was still morning, I thought I should find the Zoo and explore it. My GPS failed me though and although it got me fairly close (as I found out the next day), but it left me on a dead end street, saying “you have reached your destination”.

I just told it to find a Best Western for me to stay for the night and it did just fine with that.

The next morning after the included breakfast, I decided to make another attempt to find the Edmonton Zoo. My GPS took me very close to where I was yesterday, but this time we got there. Also, this time, we went on streets that had signage indicating we were headed for the zoo. Yesterday, I think we were a block or 2 over and there were no signs, so I had no idea if we were close or not.

They don’t open until 10:00 am and I was about 30 minutes early, but they have a nice restaurant before you actually enter the zoo. Entrance fee was very reasonable – and they offer a discount for a CAA membership, so it was only $11.25 for a senior.

I had only been at the zoo once before and that was probably 10 or more years ago – but it has grown substantially. The hoofed animals have very large enclosures.

I finished looking around at the zoo by noon and then it was time to drive to Saskatoon. My cousin Heather lives in Saskatoon and it has been many years since we have seen each other (except for Facebook), so I sent her a message letting her know I would be there. She immediately invited me to spend the night and I accepted. I met her husband Ross, when I arrived and then he went out to a meeting and Heather and I sat and talked the evening away. It was so nice to see her again.

In the morning, after a lovely breakfast, it was time to head for home, but I still wasn’t sure if I would be stopping somewhere else along the way for one more night.

But, I drove straight home.

Hi - I'm Mavis. I love to travel, I love to take pictures and I love to write about whatever comes into my head. Follow my blog at mavimet.com View all posts by mavimet