I had a good night’s sleep after that exciting Black Bear evening, and around 5:00 am, I was awake and heading out the door to see what I could find.

First sighting was a White-tailed Deer, who looked to see who was stopping for her.

There was a bit of mist hanging over the water areas along the road, so I (of course) had to stop and take some pictures as I was heading towards Grayling Lake for sunrise pictures.

It would have been nice to  see a Moose in the water, but the best I could do was a distant view of the Red-winged Blackbird in the picture above.

There are very few people out and about at this time of morning, so I pretty much had the park to myself.  I arrived at Grayling lake, but as you can see there are no clouds in the sky, and it is the clouds that really make the sunrise and/or sunset pictures pop. 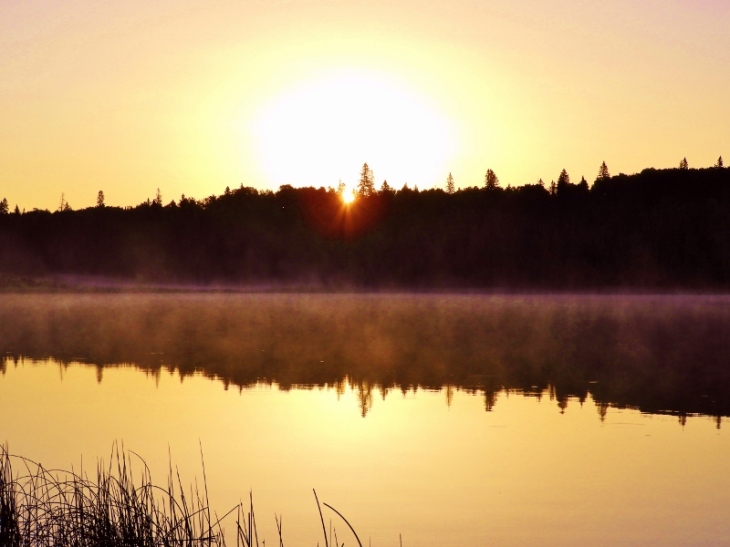 and the view from the dock.

Can’t forget about the Red-winged Blackbird perched nearby. 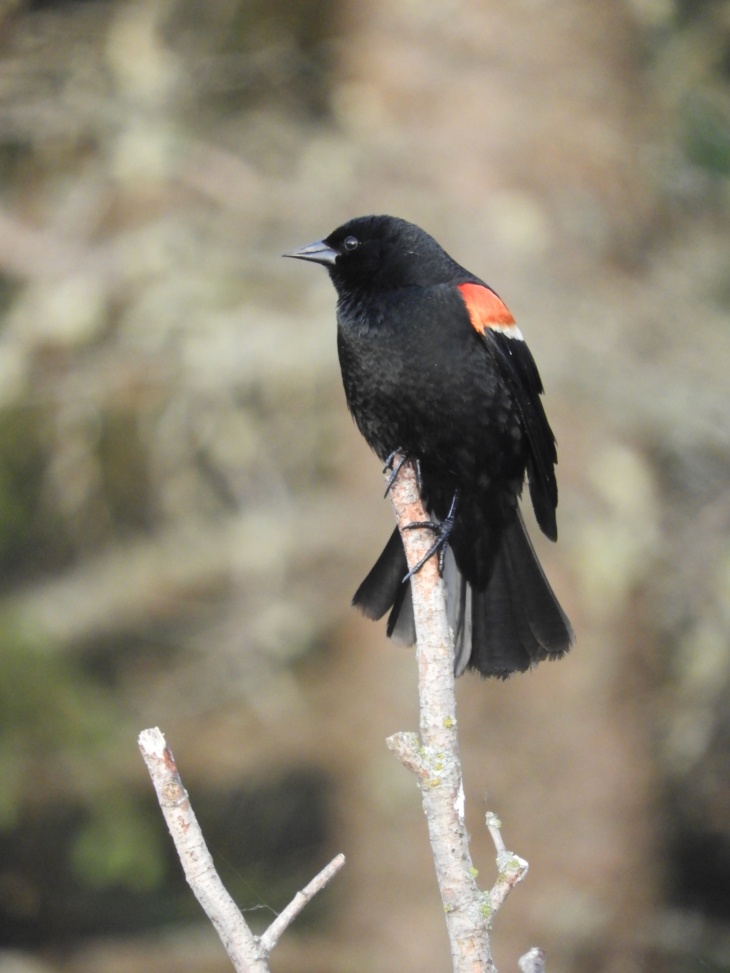 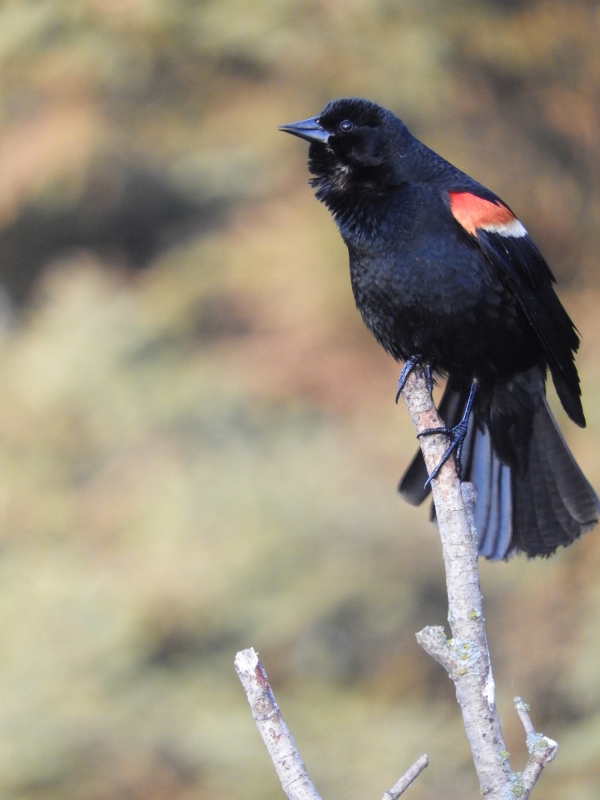 He was singing away – but I didn’t manage to get a picture with his beak open.

I continued north to Moon Lake, where the sun was also rising.

One of the Barn Swallows perched on the roof of the cook shack to pose for pictures. 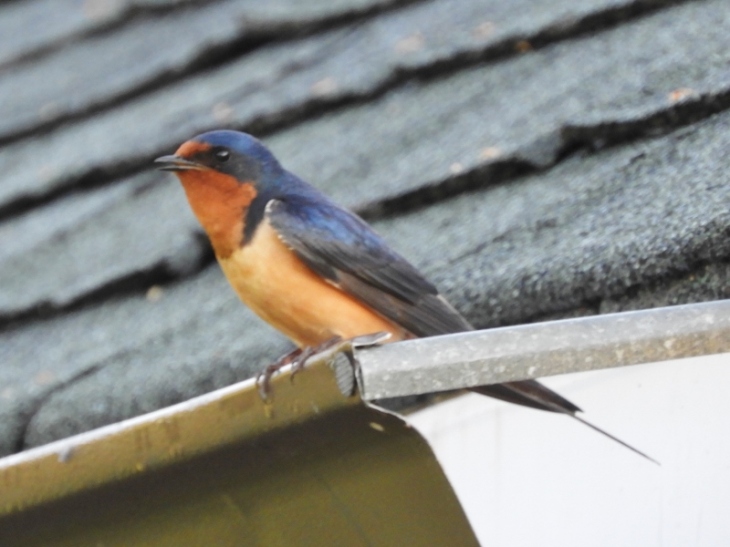 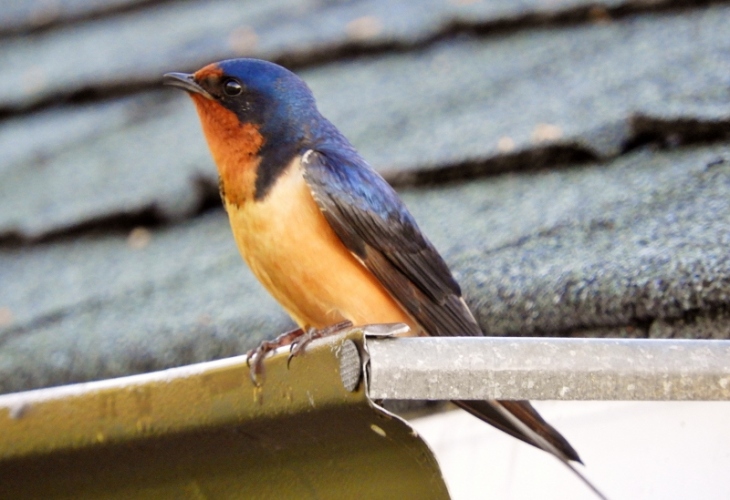 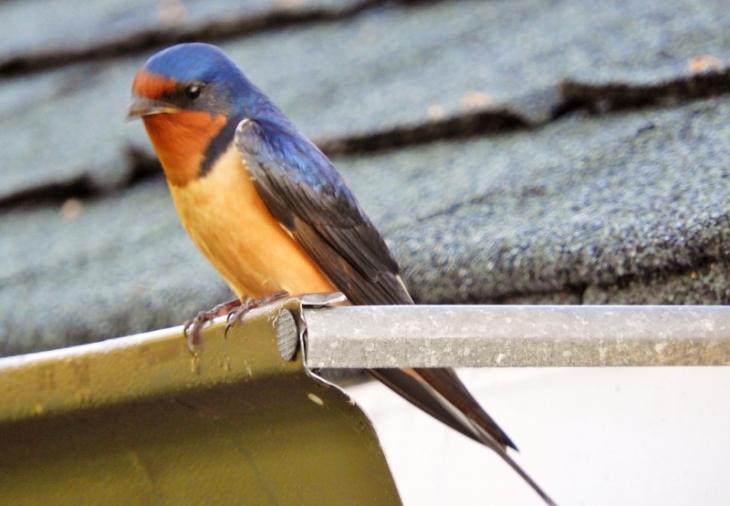 I did not see any Moose in the area north of Moon Lake, but continued on until we could see the view of the country north of the park before turning and heading back south.  As you can see in the picture, we would be going downhill if we continued. 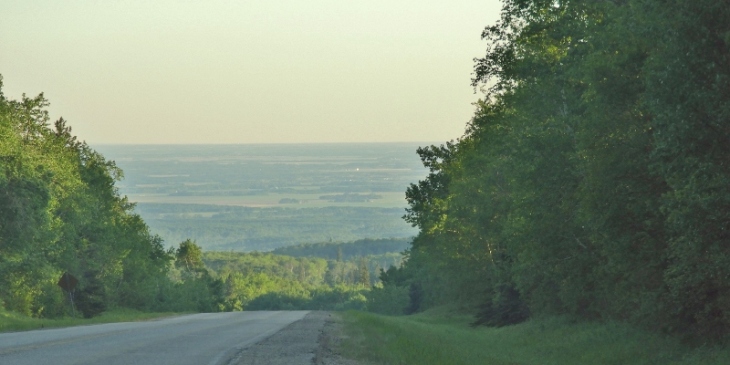 I turned around and headed south, thinking that the Bison enclosure would be my next stop – unless I stopped for critters along the road.  Not far from the turnoff to the enclosure, I found this Black Bear.  To me, it appeared to be a fairly young bear and seemed to be alone.  He was enjoying the feast of fresh greens. 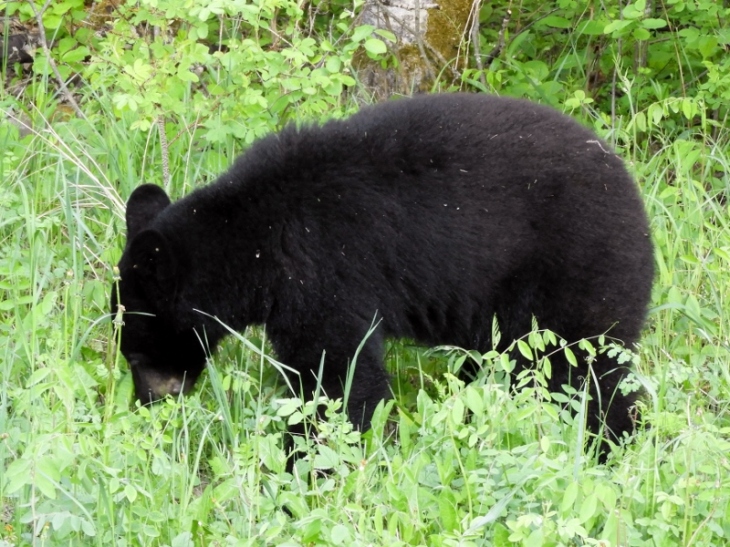 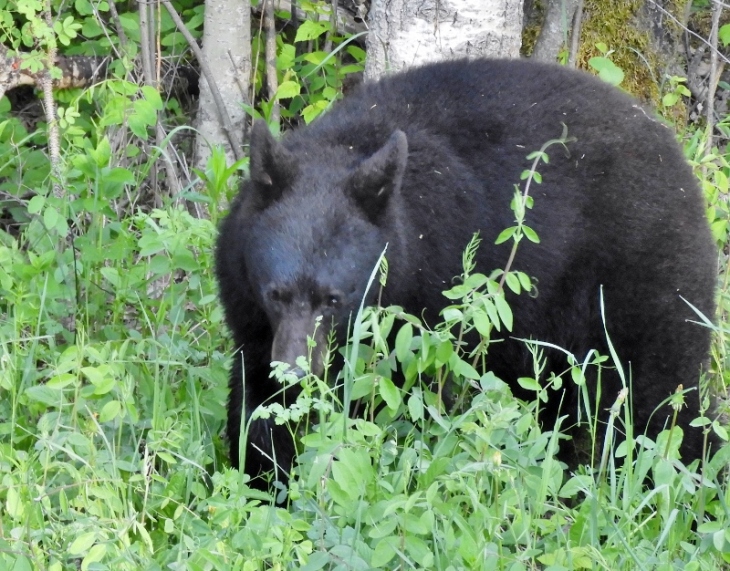 I reached the turnoff to the Bison enclosure and when I got to the part of Clear Lake that meets this road, I found Pelicans and Ducks in the water. 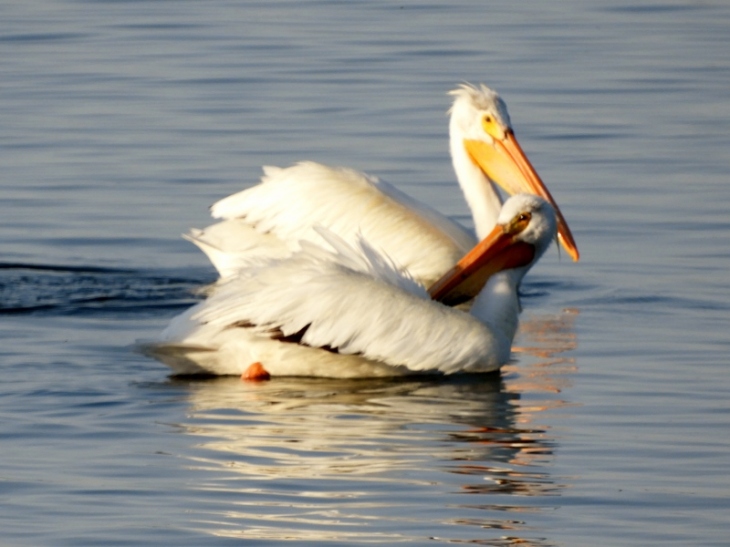 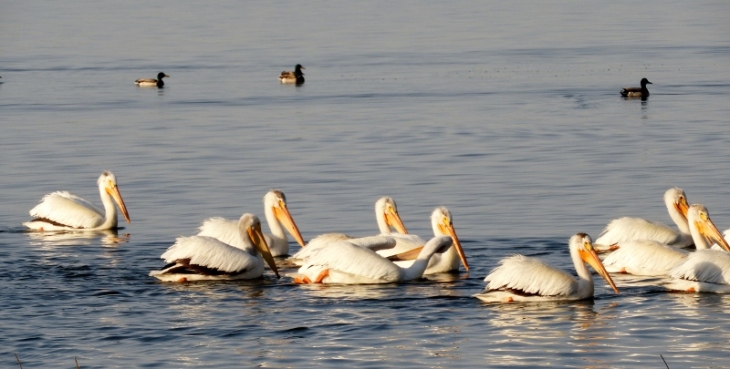 Hi - I'm Mavis. I live in Winnipeg, MB, Canada. My addictions include Africam, popcorn and chocolate. I love all critters, I love to travel, I love to take pictures and I love to write about whatever comes into my head. View all posts by mavimet